Namaha Healthcare is born out a vision led by the Kapadia family of Ramaben Hospital, Navsari, South Gujarat. Harnessing their medical experience spanning over seven decades in the field of women’s healthcare. And sensing a paucity in the Western Suburbs of Mumbai in the field of Women’s Healthcare, the Kapadia family joined hands with Mumbai’s top business house Shree Naman Group to bring you Mumbai’s first Boutique multispecialty hospital.
Namaha Healthcare offers quality services of the highest standards and provides state of the art equipment, specially trained and attentive staff and an overall exemplary experience.
At Namaha, you will find meticulously chosen faculties, hassle-free functionality and warm, comfortable, elegantly designed spaces, all of which are tailored around patient and their needs.

Dr. Ramaben D. Kapadia was born on 2nd January, 1921. Her association with Navsari began with her marriage in 1940, to Mr. Dhansukhlal Kapadia, an eminent lawyer and businessman from Navsari. After her marriage, with her husband's encouragement, she pursued and finished her medical studies from Seth G. S. Medical College and K E M Hospital in Mumbai and received her training in the field of Obstetrics from the Nowrosjee Wadia Maternity Hospital, Mumbai. In October 1947, she started her General Practice in Navsari and started Ramaben Hospital on 12th March, 1948 as a 5 - bedded nursing home.
Losing her husband at young age, she brought up 3 daughters and a son as a single mother, and ensured that all her children were educated at the best institutes to obtain their post graduate degrees.
After 52 years of dedicated service to the people of South Gujarat, Dr. Ramaben retired from active practice in 2000 due to ill health.She left us on 29th August, 2006 peacefully and silently proud of the fact that her 5 - bedded nursing home was now a holistic obstetric and gynaecological institution with state of the art facilities. She hoped that it will continue to provide the same level of dedicated and noble service to the people.
Dr. Ramaben has always been a source of inspiration to everyone whose life she touched. Her work-ethic, social values, generosity and selflessness continue to inspire society long after she has gone. 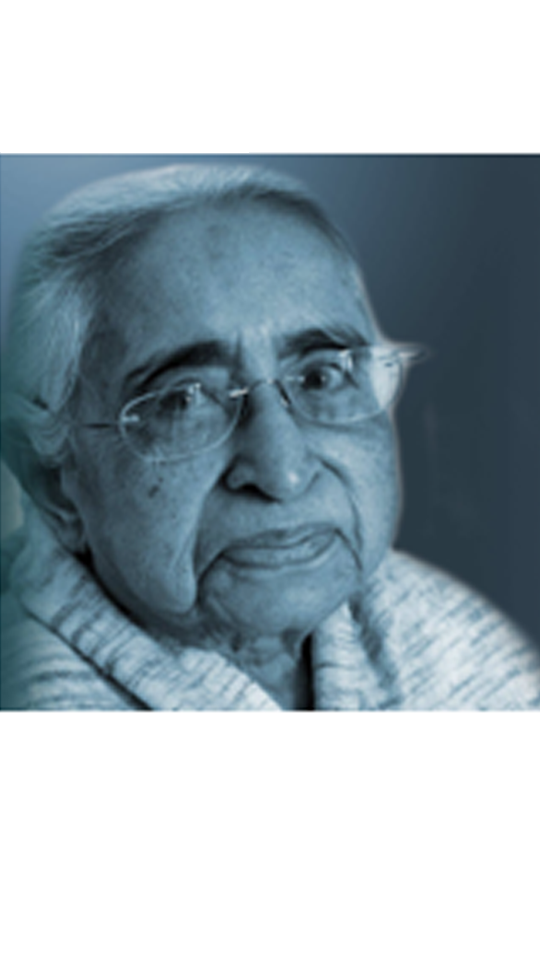 Dr. Vipul Kapadia was born in Ramaben Hospital in 1951. He completed his medical education & training from Seth G. S. Medical College and K.E.M. Hospital, Mumbai as a top scholar.
After completing his training and Fellowships, he returned to Navsari to join Ramaben Hospital. Dr. Vipul Kapadia was determined to expand and upgrade the institution founded by his mother, and offer the people of Navsari and South Gujarat the best and highest quality of care and services available.
He started his private practice as a Consultant Obstetrician &Gynaecologist in 1979
His dedicated hard work and determination has led to the transformation of Ramaben Hospital to a 100 bedded state-of-the-art super speciality hospital for women.
Dr. Vipul Kapadia continues to be a master in the field of Obstetric and Gynecology. His unmatched experience, skill and technical prowess have made him well respected and renowned not only amongst his colleagues but also his patients. His friendly and empathy filled demeanour has made him a favourite of his patients and their relatives alike. 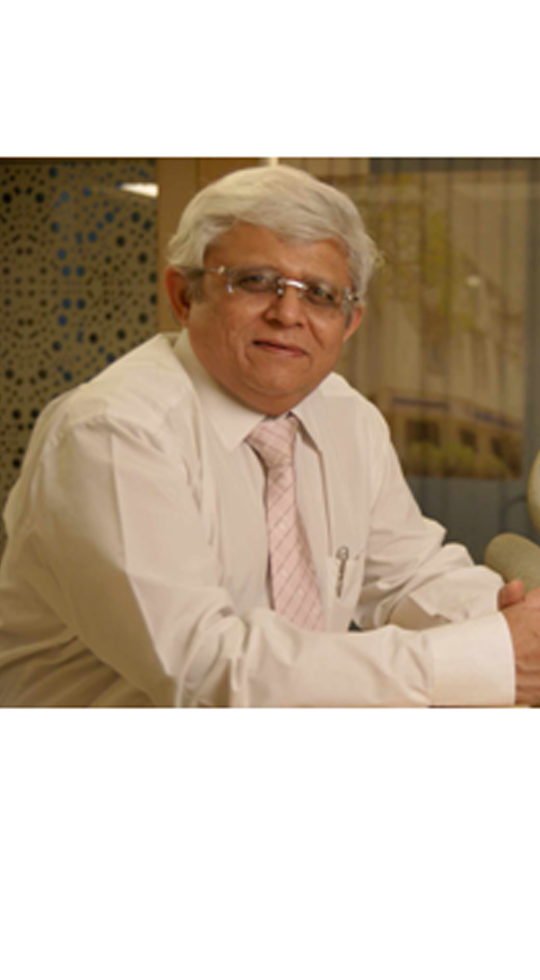 Hailing from a small town in Gujarat, Dr. Kapadia was exposed to the world of medicine at a very early age. He grew up watching his grandmother and father, practise medicine with dignity and grace.
After completing his primary education in Navsari, Dr. Munjaal V. Kapadia moved to The Scindia School for Boys in Gwalior, where he excelled in academics as well as extracurricular activities. He holds the distinction of being the youngest member secretary of the school debate team as well as the youngest chief guest to attend a school function!.
He returned to Mumbai to pursue Medicine after gaining top honours at the C.B.S.E board in Std. X, and completed his M.B.B.S. with distinction and honours in multiple subjects.
Dr. Kapadia, achieved his M.S. (Ob & Gyn) from the Maharashtra University of Health Sciences where he stood second in the state, after having completed his training at T. N. Medical College & B.Y.L. Nair Charitable Hospital, Mumbai.
In 2006, after having practised at Ramaben Hospital in Navsari, Dr. Munjaal V. Kapadia, aspired to continue its legacy and bring forth his family’s seven decades of experience in healthcare in a facility that provided excellence without apprehension. This led to the birth of Namaha Healthcare, a boutique multi speciality hospital. Under his tutelage, Namaha Healthcare was chosen as the best emerging hospital of the year.
Apart from being an inspiring and competent director, Dr. Munjaal also has an affable and charming personality and is a favourite amongst his patients and employees alike.
He loves to read and create illustrations in his free time and is an advocate for women’s health issues in his podcast - “She Says She’s Fine” which raced to the top of the charts internationally, within a week of its launch. 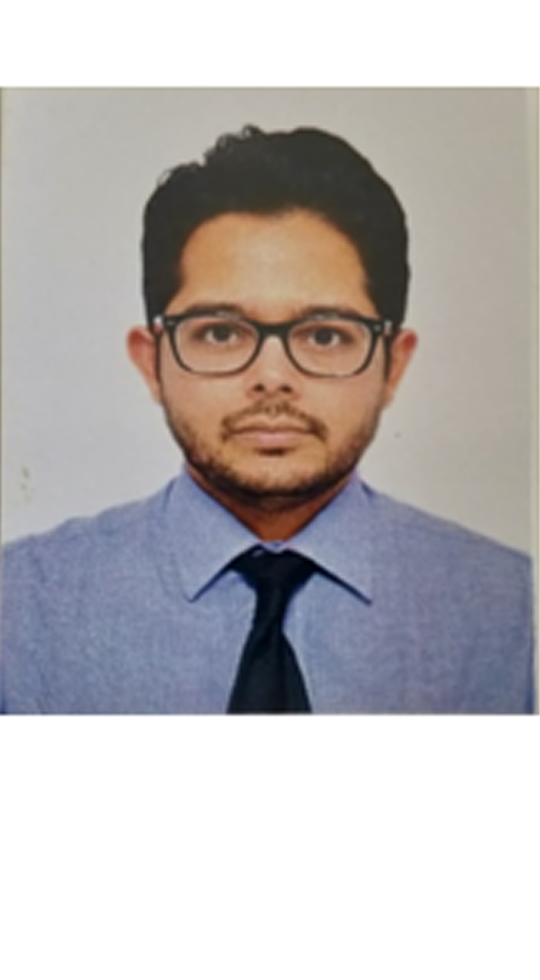 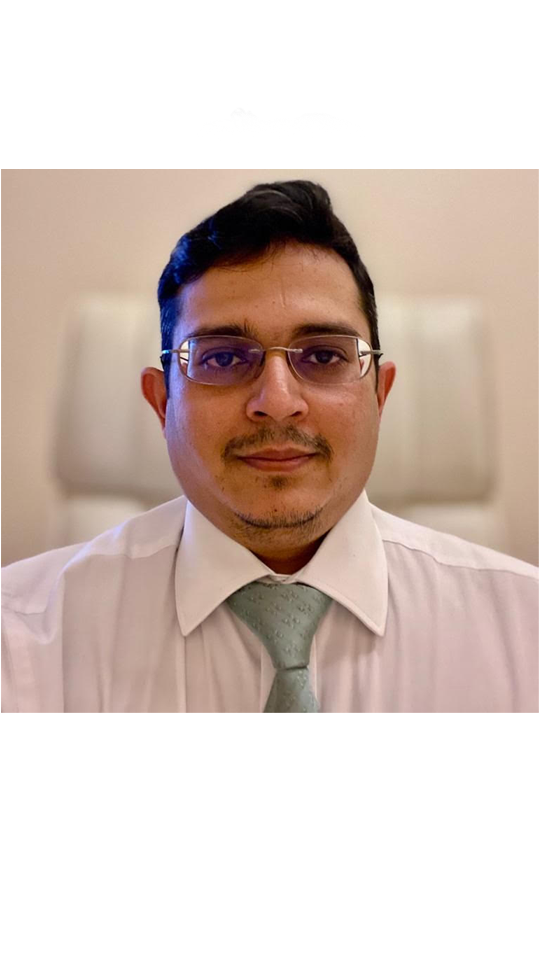 Dr. Riddhi M. Kapadia, is currently the head of Department of Pathology at Namaha Healthcare. She obtained her degree in Pathology from B.Y. L. Nair Charitable Hospital and T. N. Medical College
Dr. Kapadia, hails from Mumbai and has been consistently pursuing excellence in extra and co-curricular activities. She was named Head girl of her school for the year 1997, and was President of the School Interact Club. She passed her M.B.B.S. with distinction in multiple subjects, and was awarded the Tata scholarship, twice, during her medical studies.
She completed her M.D. and managed the Pathology Department at Ramaben Hospital for seven years before shifting to to take over the mantle of Head of Pathology Department at Namaha. Currently, her special interests lie in Gynaecological Cytology and Haematology. Her hobbies include reading, especially with her two young children, and travelling. 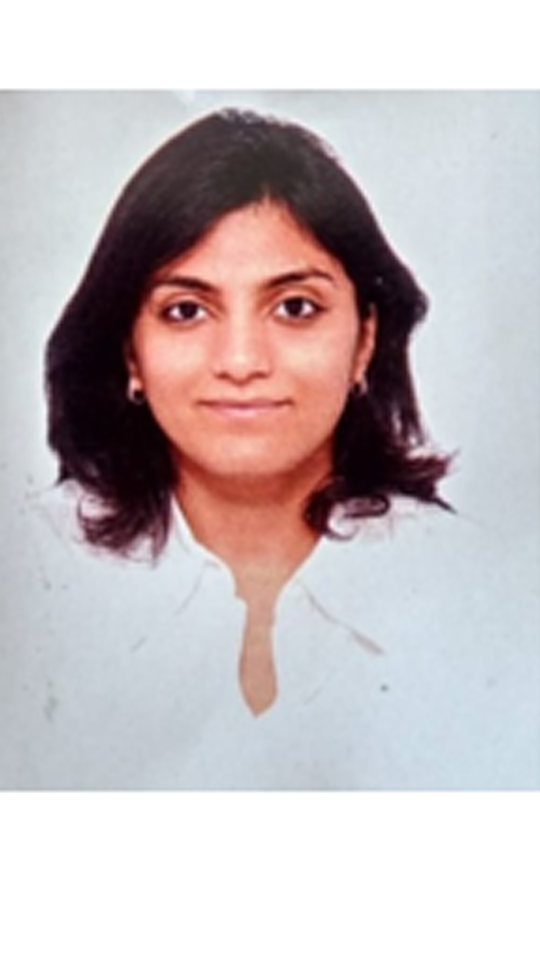 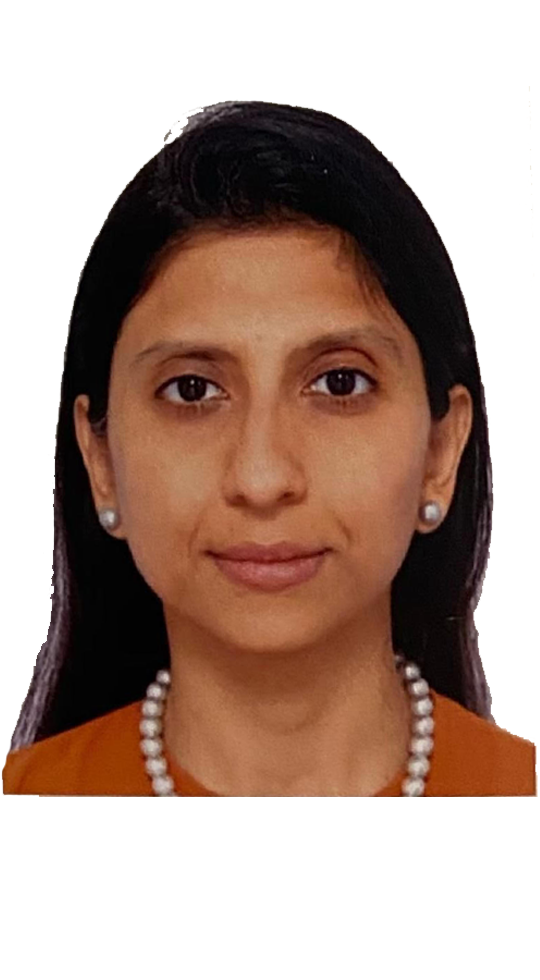 Elegant and modern design, aimed at making the patients and their famiies comfortable and hasten recovery and rehabilitation

In-house cafeteria with in-room dining, a specialised merchandise store and many thoughtful, personal details to make it a warm and inviting space.